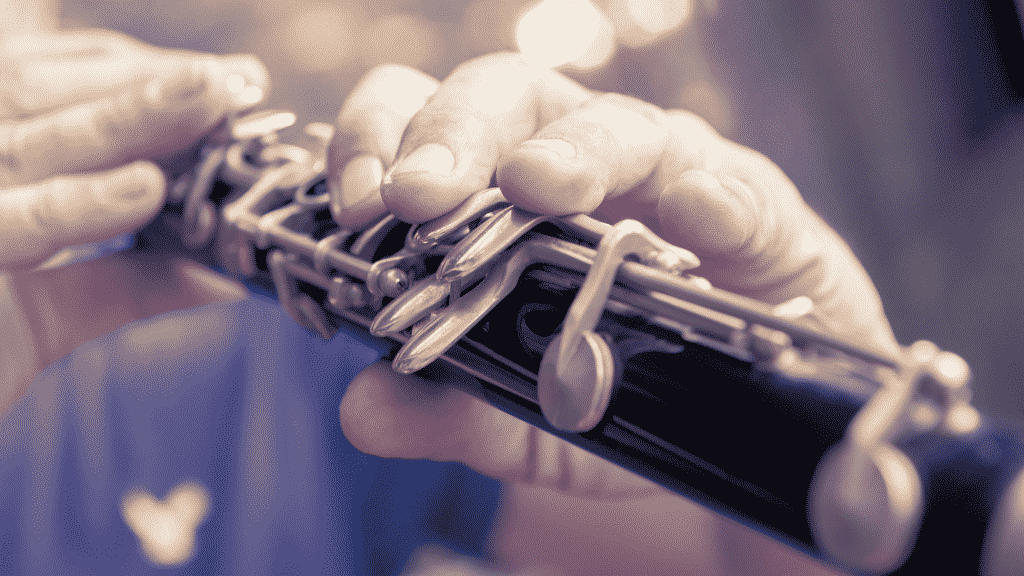 The clarinet concerto by Mozart is arguably the most famous song ever played on the clarinet.

History is full of beautiful music and gifted artists right from the advent of human civilization. Several famous songs, composers, and artists have used the clarinet to create exceptional music transcending time. Mozart’s clarinet concerto stands tall in the crowd as a clarinet masterpiece. Music scholars, performers, and lovers of classical music critically acclaim this song at the top of the list of music ever played on the clarinet. I will tell you why and give you more information in this article about who played it, when, and more.

Background of the clarinet concerto by Mozart

Mozart composed the clarinet concerto in 1791, specifically to be played with the basset clarinet. Anton Stadler, his good friend, and exceptional clarinettist, inspired the song. Mozart decided to challenge himself and compose a song that would pronounce the clarinet prowess of Stadler which resulted in this iconic classical music masterpiece he dedicated to Stadler. This song demonstrates the full expressive range of the basset clarinet.

The song was not only a gift of friendship but a farewell message from Mozart to the world since he died a few months later. He left behind the music that has lasted for centuries and will continue to be celebrated. He was only 35 years old.

Who played Mozart’s clarinet concerto and when?

Mozart’s Clarinet Concerto was first performed in Prague in October 1791 by Anton Stadler and Mozart. Mozart died two months later. The song remains one of the clarinet concertos from the 18th century performed regularly globally today. The popularity is not about to diminish anytime soon. It remains a favourite among audiences. The complicated opening phrase has not discouraged musicians from practicing the song. The first movement is an undisputed standard set piece in many music auditions worldwide. This song is one of the perfect compositions ever written for the A clarinet.

Mozart’s clarinet concerto is famous worldwide because of these four reasons:

Music globally cannot be discussed without looking at the founding icons. Mozart is undeniably and rightfully among the famous classical music composers of his time and beyond. You can’t ignore that his fame draws attention to his work and accords it the same status. There is a huge possibility that there were other songs written and performed by other composers when Mozart composed the clarinet concerto. However, his work stood out. The song gained more recognition because of who Mozart was. Furthermore, Anton Stadler, the first performer, was also an acclaimed clarinettist of their era.

The technical skill and expressiveness of the music

There is universal agreement that Mozart’s clarinet concerto is a music composition that fully expresses the technical capabilities and the full range of the basset Clarinet for which it was originally written. It is the reason why the song has outlived the centuries to remain a common feature in modern classical music venues and performance arenas worldwide. It not only demands an expression of amazing skill to play but also carries a deep soulful expressive undertone that connects with audiences at a deeper level when performed further underscoring its popularity.

Mozart’s clarinet concerto is more than just a song. It is a celebration of friendship and deep loyalty among two friends who greatly respected each other’s talents. Mozart wrote the clarinet concerto to appreciate Stadler’s clarinet playing skills. Apart from Stadler being Mozart’s good friend, he inspired the latter to write a prominent clarinet piece. The death of Mozart two months after the premier added further historical weight and sentimental value to the music. It makes for the perfect ingredient of a famous song.

Humans have always turned to music for solace, comfort, connection, and entertainment. Mozart’s clarinet concerto allows the performers and the audience to connect with the music through the expressive clarinet. They can relate to the feelings of Mozart and the story behind the music. The sentimentality explains why the song’s second movement was used in Sydney Pollack’s 1985 film Out of Africa. This work displays Mozart’s musical maturity. It will forever reign supreme for the A clarinet.

The table below summarizes the important details about Mozart’s clarinet concerto:

Mozart’s clarinet concerto proves that the clarinet makes famous songs over the years. Popular modern songs have since been adapted for the clarinet with outstanding end results across diverse styles and genres. The place of the clarinet in music and song writing will remain unchallenged forever even with advancements in technology.

In which year was the clarinet invented?

It is universally agreed and backed by historical proof that the modern clarinet was invented from 1655 to 1707 by Johann Christoph Denner after modifying the chalumeau, which was the existing woodwind instrument at the time.

Who is considered the best jazz clarinettist in the world?

Benny Goodman is considered the best jazz clarinettist. He pioneered the use of the clarinet in jazz bands and introduced a distinct modern jazzy sound to the clarinet away from the traditional classical music preserve with Aaron Copeland from 1930 to 1940.

How high can I play the clarinet in a performance?

The clarinet has an outstanding range of four octaves. The clarinet is the only wind instrument that allows you to play a high G from a C by blowing hard when playing. The higher number of tone holes compared to the recorder gives the clarinet more advantage.