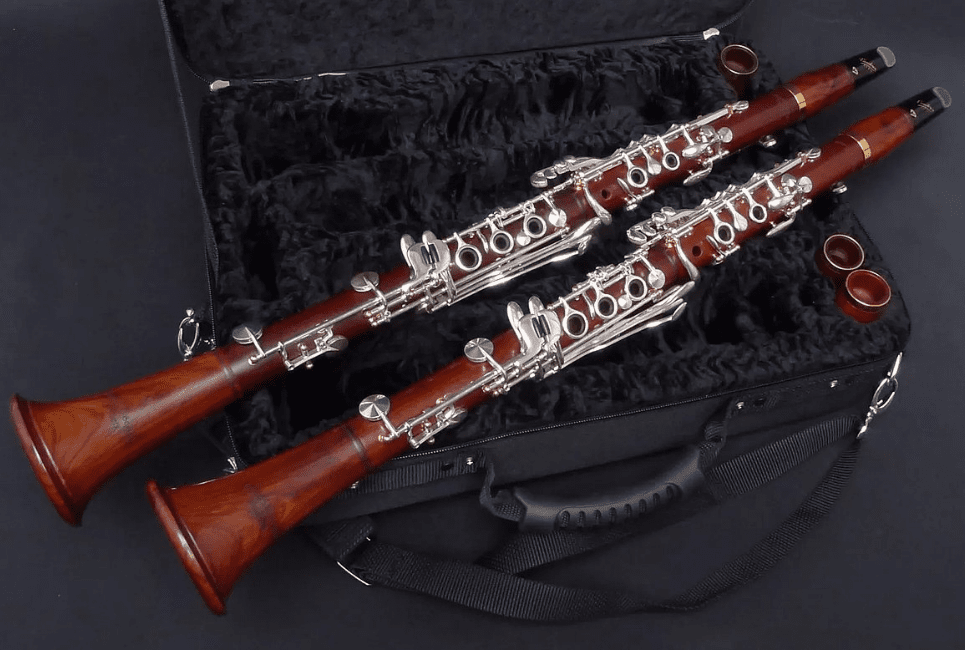 The Oehler and Boehm are by far the most common clarinet key systems. While some say the sounds are almost indistinguishable, others insist they produce different sounds and prefer one over the other.

I had an interesting conversation with a clarinetist from Austria who narrated how they’ve had to learn the Boehm, also referred to as the French system, after moving to the USA, even after being expert musicians on the Oehler-German system for more than twenty years. From her experience, it was like learning a new instrument; a different sound even, that took her about two months to master.

I will talk about the differences between these two key systems so that you get to know how it is possible to get different sounds from the two clarinets. I will use the Tuyama TKD-287 B flat clarinet (Oehler system) and the Mendini by Cecillio B flat clarinet (Boehm) to illustrate.

What are the differences between Oehler’s clarinet and Boehm’s?

Oehler Clarinet vs. Boehm: How do they compare?

The mouthpiece of the Oehler clarinet is somewhat longer and the exterior perimeter at the bottom is larger than that of the Boehm. It also has a long table and a more defined concave baffle. The reed is long, hard, and affixed to the mouthpiece using a string ligature because it is deemed to be more sonically transparent compared to a metal or rubber holder, allowing more even pressure on the reed.

Mouthpieces used with Oehler string ligatures have a row of notches and a shoulder on the conical exterior to make it easier to wind the string around them.

Boehm clarinets secure the reed in place using a rubber or metal ligature, which creates a lighter weight on the reed and better resiliency.

It is a draw in the mouthpiece category. Both have well-shaped mouthpieces that use well-secured reeds.

The barrel of this Boehm clarinet is 65mm, which is within the normal range of 62mm to 68mm for French players. Barrel length determines whether you will be playing a low or high pitch throughout your complete range.

It is a draw when it comes to barrels, as one has a wider barrel and the other a longer one. Neither has an advantage over the other. The resultant pitch depends on the player.

The Oehler clarinet has ten keys on the upper joint. The register key is on the upper left hand, and while the F/C tone hole on the Oehler clarinet lacks a ring mechanism it is fairly close to the register key than on the French clarinet. This clarinet’s third tone hole has a ring control system and is aligned with both the first two holes. Furthermore, the distance between these first three holes on the Oehler clarinet is greater than on the Boehm clarinet, necessitating a wider finger spread. On the right bottom of the Oehler system, there are also two pitches and two rings, just like on the Boehm lower joint. The system’s two rather flat key ends that have a small roll for sliding are among the most noticeable distinguishing features of the German clarinet.

By comparison, the Boehm clarinet has nine on the upper joint. The register key is on the underside of the bore, and the third hole is placed near the left side and doesn’t have a ring mechanism. At the lower joint, the Boehm model has eight pitches with three rings. The four pitches on the right side are controlled by the right pinky finger. The two pitches on the higher left side are controlled using the left pinky finger. The key holes in the Boehm system are equally spaced.

The Boehm system wins. The tone holes are well spread and easier to manage.

The narrower, more cylindrical design of Oehler clarinets improves note clarity, especially on the low end. However, it also reduces the brilliance, leading to a more dark and woodier tone.

It is a draw when it comes to bore. Each system is uniquely entertaining but not necessarily better than the other.

The tone of the Boehm clarinet is much more open than that of its predecessor. Because of advancements in keywork, this clarinet relies less on fingerings, allowing for a higher number of open holes and a livelier tone. In general, the Boehm system creates a sharper, lighter sound that is far more flexible than the Oehler system.

While both have some strong characters, the Boehm flexible is more appealing, and therefore wins in the sound category.

Oehler Clarinet vs. Boehm: Are they redundant?

Since the mid-nineteenth century, the Boehm system has evolved very little. While there are a few variants, those clarinets are uncommon, and just about every Boehm clarinet has the same key configuration. Today, there is a wider range of Boehm clarinets available at all price points and skill levels. The Boehm system is used on most clarinets in North America and Western Europe.

Verdict: So, which one is better? Oehler Clarinet vs. Boehm?

The Boehm clarinet system is the winner. It offers a bright sound that is favored by most players and listeners and is quite flexible. It is also much easier to learn. There is a much larger selection of Boehm clarinets and parts on the market, and a large proportion of instruction materials are written for Boehm instruments. Advanced Boehm clarinettists have more job opportunities than Oehler clarinettists.

Which of the Boehm and Oehler is more difficult to learn?

Can I transition to a Boehm system if I play an Oehler system or vice versa?

Yes, you can, but it requires significant training and practice.